This bugle call is Mexican in origin. The word "Degüello" literally translates as "slit throat" meaning "no mercy". It is said that this call was played by General Santa Anna's troops before the assault on the Alamo in 1836, though there is no historical evidence to confirm this. In his soundtrack for the 2004 Disney/Touchstone movie called "The Alamo", the composer Carter Burwell created an arrangement of this bugle call for the track called "Deguello de Crockett". For the earlier 1960 John Wayne film called "The Alamo" the composer Dimitri Tiomkin used a completely different theme, though it is sometimes referred to by the name "Deguello". See the links at the left to download the sheet music or audio files. More bugle calls are listed in our article about the history and cultural impact of Bugle Calls

The image below is the first page of the sheet music, and here you can download the full sheet music for El Deguello (bugle call) in PDF format. 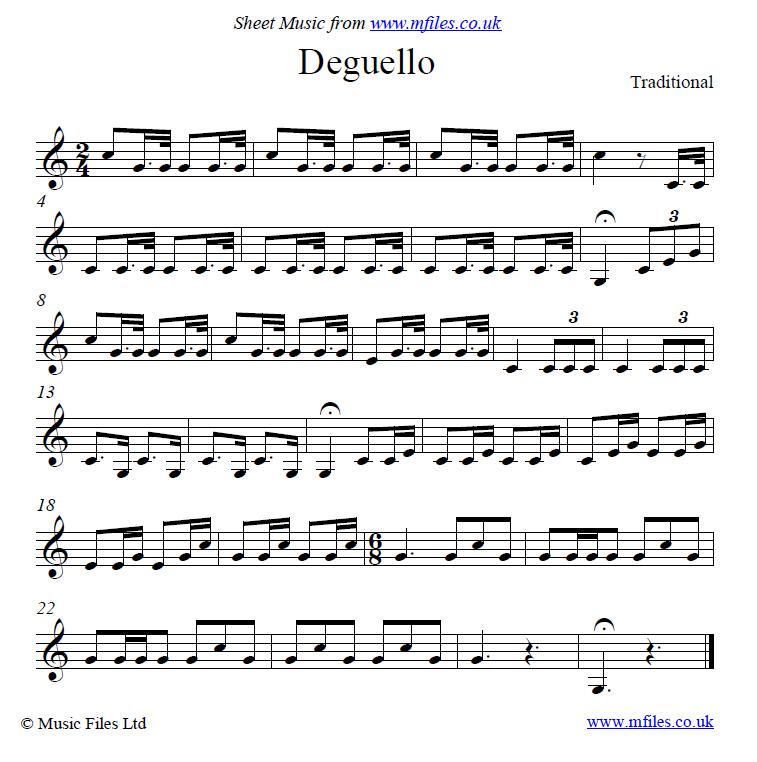